Most of us are accustomed to living within our own financial constraints, where there are some things we can afford and some things (like that red Ferrari!) that we can’t. So we are regularly making choices about where we spend our limited cash. But there are two logical flaws to this concept of “affording” when it’s applied to reserve contributions in an Association-governed community.  First, common area repairs and replacements don’t disappear if the Reserve Fund has been underfunded. The claim that you can’t afford the Reserve Funding Plan this year only creates a tidal wave of more Reserve obligations in the future. And to compound the problem, delayed contributions generally result in delayed Reserve projects, so the issue of deferred maintenance comes into play. Most deferred Reserve projects actually get more expensive when delayed. The truth is, you can’t afford not to adequately fund reserves.

The second flaw is that Boards don’t really have a choice in the matter. Boardmembers are both empowered and obligated to operate the Association according to state law and their own Governing Documents. Throughout the United States, Boards are empowered to set a budget to collect “adequate” funds from the owners to maintain the physical assets of the Association. In the State of Florida, state law specifically obligates Boardmembers to propose a budget that includes fully funding Reserves. Taking matters into their own hands, deciding not to budget for the needs of the Association, exposes Boardmembers to personal liability.  Owners or future owners might be inclined to file a lawsuit against the Board because the Special Assessment that was levied against them is actually a deficit catch-up strategy from all the years you benefitted financially by keeping Association assessments low.

The reality is that underfunding reserves is nationwide problem. More and more prospective buyers are becoming aware of this issue.  In the State of California, the Department of Real Estate took the unprecedented step in September 2012 of issuing a Consumer Warning,  warning buyers of homes in Association-governed communities about the dangers of underfunding Reserves. You can read it yourself here.

“We’ll deal with that next year.”

The problem with this next excuse is that Reserve obligations are not future events. Reserve obligations arise from very predictable deterioration that occurs every day, every week, and every month, over the course of many years. Unlike a fine wine, buildings don’t improve with age, so those repair & replacement costs continue to pile up. The monetary value of that ongoing deterioration can be easily calculated and translated to an off-setting Reserve contribution rate. Reserve obligations are as real as any other bill the Association receives. Cultivating a culture of not paying your own bills is not only fiscally irresponsible, but inherently unfair. 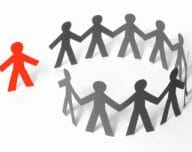 Let me explain: Is it fair to be forced to pay for a new roof to replace one that someone else “used up”? The unwitting victims of deficit-reducing Special Assessments or bank loans necessitated by underfunding reserves may not all have enjoyed the full life of that component. Some suffer the unfortunate timing of being owners at the very end of the component’s useful life.  Many owners are being forced to subsidize the reserve deficit of prior owners who underpaid the cost of maintaining the Association.

So what to do?

“It is the greatest of all mistakes to do nothing because you can only do a little.
Do what you can.” Sydney Smith

It may be a hard pill to swallow, but Boards need to stop making excuses or kicking the problem down the road. You can do the wise thing. You can figure out your current situation by following the Funding Plan- it’s one of the key results of a Reserve Study. Then begin to make steps of progress.  Not only will you then fulfill your role and responsibility as a Boardmember and protect yourself from liability, but you will keep your Association in good shape by being able to make timely repairs and replacements and achieve long-term homeowner satisfaction.

View all posts by: ideaforge

I am writing this letter to tell other HOAs about the effort and dedication KDK Property Management (now part of Community Association Management) displayed while helping the Heritage Townhome community improve the parking situation in our community. The Orange County planning department approved the builder’s plans without ensuring adequate parking was available for the thirty units in our community. Soon after becoming the property manager for our community, your team began the quest to cor… END_OF_DOCUMENT_TOKEN_TO_BE_REPLACED

“In the past, we felt like we did not get much support due to our size or the lack of effort from the person handling our account. I do not feel that way with Community Association Management. Our Property Manager has been very active in what we are trying to accomplish in our community and providing us with a variety of options. We are currently going through trying to figure out what to do about our roofing situation. The manager provided us good options and now we are in the process of starti… END_OF_DOCUMENT_TOKEN_TO_BE_REPLACED

In the past, we felt like we did not get much support due to our size or the lack of effort from the person handling our account. I do not feel that way with Community Association Management. Our Property Manager has been very active in what we are trying to accomplish in our community and providing us with a variety of options. We are currently going through trying to figure out what to do about our roofing situation. The manager provided us good options and now we are in the process of startin… END_OF_DOCUMENT_TOKEN_TO_BE_REPLACED