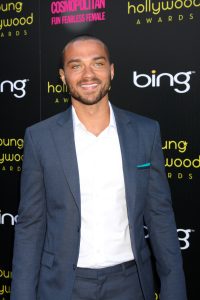 Earlier this month, Jesse Williams, best known for his portrayal of Dr. Jackson Avery on the hit TV series, Grey’s Anatomy, finally settled his child custody case with ex-wife, Aryn Drake-Lee. Drake-Lee had originally filed a post-divorce action seeking to reduce Williams’ custodial time with their two children. The judge denied her request to reduce Williams’ parenting time but did issue some new rulings to specifically address other concerns raised in the lawsuit.

Health-Related Modifications to Their Parenting Agreement

Not much has been said online about what specifically led to Drake-Lee filing the modification action, but we can glean some insights from the ruling the judge issued this month. For example, Williams was granted “tie-breaking” authority over issues like COVID-19 protocols for their two children, ages 8 and 6. Since the pandemic began over two years ago, family courts have found they are often the only resort for separated or divorced parents to turn to when they disagree on how to handle pandemic-related issues.

Given the wording of this ruling, we can surmise that Williams and his ex-wife likely had disagreements over when or how to mask the children when in public or over whether to get the children vaccinated against COVID-19 now that vaccines are available for children ages five and older. While the judge stopped short of making an order as to the specific ways the parents would handle pandemic-related issues, the ruling granted one parent the authority to make the final decision when they don’t agree. This ruling falls in line with how courts around the nation are generally handling this issue.

When the case was originally filed, the children’s mother sought to have Williams’ time decreased. Again, we don’t know the specific reasons behind this request, but the judge granted her request for a strict cancellation policy for the famous father’s parenting time. We can surmise that Williams probably wasn’t always great about planning ahead and had likely canceled visits frequently or asked that his visits be re-scheduled often enough to become bothersome to Drake-Lee. Going forward, the judge ruled that in the event Williams cancels any parenting time, he cannot “uncancel” it later absent a mutual agreement by both parents in writing.

The judge further ruled that the two parents must work together to plan the children’s extracurricular activities. Unlike the modified health provisions, in the event Williams and his ex-wife can’t agree on these activities, Drake-Lee will have the “tie-breaking” authority. However, the judge offered these words as advice to how the parents should give consideration for each other’s time-commitments and lifestyle choices:

“Mother should appreciate that father cannot share with her certain schedules as far in advance as she would like, and that he may not always want his time with the children to be filled up with extracurriculars, and father should appreciate that mother is adapting her own schedule to meet his needs, and the children deserve to have extracurricular activities that they engage in on a regular basis, not just when mom is in charge.”

Co-Parenting Encouragement Issued by the Judge

This new child custody order follows an earlier order issued last April which required the parties to participate in a “high conflict parents’ program” called “Between Two Parents.” This program, offered by the Los Angeles County Family Court Division, is a six-part program designed to teach parents how to better resolve their conflicts in order to ease the stress felt by their children during or following a divorce.

The judge went a step further to try to help the parents learn to work more cooperatively together for their children by offering this instruction to the parents:

“Finally, the Court reiterates that the co-parenting counseling order is possibly the most important aspect of the orders being made at this time. The parties both seek a great deal of fine-tuning in their custody and visitation orders, much of which a court is not well equipped to handle as the parents themselves through a third-party coordinator or counselor.”

Child custody cases are often the most difficult cases to resolve amicably. Once they begin, it can be difficult to keep control of emotions and remain focused on what is best for the children when accusations and judgments about parenting skills start flying. Modification cases can be even worse, as one parent will often feel betrayed or caught off-guard by the other for filing another action seeking changes to a parenting agreement.

If you are facing problems with your child custody agreement, there are ways to modify the agreement while taking into consideration your current situations and what is best for your children now that they are older. Working with a trusted and experienced child custody attorney is essential to ensure your new agreement includes everything your family needs for the future and that it is enforceable.

If you’re in South Carolina, you can reach out to Ben Stevens today to discuss your specific situation. If you are not, Mr. Stevens is happy to provide a referral to a well-qualified attorney located in your state. He is a Fellow in the prestigious American Academy of Matrimonial Lawyers and the International Academy of Family Lawyers, and he is a Board-Certified Family Trial Advocate by the National Board of Trial Advocacy. He has represented parents in child custody and other Family Court cases across South Carolina for well over twenty-five years. If you or someone you know is facing a child custody or visitation case, contact our office at (864) 598-9172 or SCFamilyLaw@offitkurman.com to request a consultation.

5 Reasons You Need an Attorney for Your Child Custody Case

Parental Misconduct Can Be Basis for Change of Child Custody

Author: J. Benjamin Stevens
Articles have been Reprinted with permission from the charlotte observer and Mike Hunter.

When our new HOA was looking for a management company, several places that we contacted wouldn’t even give us the time of day because our community is so small that we weren’t worth their time and effort. In contrast, KDK Property Management (now part of Community Association Management) has provided our HOA with over a year of great service at an unbeatable price! The employees have frequently gone above and beyond the terms of our contract to protect the best interests of our neighborhood. F… END_OF_DOCUMENT_TOKEN_TO_BE_REPLACED