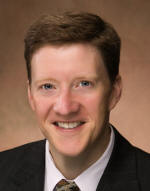 Like board meetings, annual membership meetings of nonprofits, condominium associations, and homeowner associations should keep accurate minutes.  After all, adopted minutes are the official record of actions taken at a meeting.  Well-written minutes may be the best proof of whether a proposal was adopted or the exact wording of a motion, possibly even years later.  (See “A Minutes on Meeting Minutes” for tips on best minutes practices).

But who should vote to approve annual meeting minutes?  It’s not uncommon for such membership meetings to take up the minutes as an early item of business at the following annual meeting.  But to wait a year to resolve the minutes doesn’t make much sense.  After all, it’s unlikely that members are going to recall what happened a year earlier.  For that matter, the voting body may be composed of completely different members (e.g., new delegates at conventions or owners at condo association meetings).  As a result, groups that meet once a year typically don’t approve minutes.

If your organization follows Robert’s Rules of Order Newly Revised (11th Edition)because of state statute or language in the governing documents, the general rule is this: bodies that meet less often than quarterly don’t approve minutes (however, there are exceptions for multi-day meetings such as conventions).

The recommended practice for annual meetings of members is that the executive board or a committee (sometimes called a “Minutes Approval Committee”) should be authorized to approve the minutes shortly after the meeting.  While the entire organization can always revisit the minutes the following year, this process allows the organization to have official minutes without waiting 12 months.

Some members believe that actions adopted at a meeting aren’t final until the minutes are approved at the next meeting.  Not true!  As my friend the late Hugh Cannon said in his book Cannon’s Concise Guide to Rules of Order, “Think of the minutes as a report on the weather at the last meeting: you cannot change what the weather did on that day.  Nor can you change what the members did; you can correct only a misstatement as to what actually happened.”  The minutes aren’t what make an adopted motion valid, but are simply a record of what happened at the meeting.

Attorney Jim Slaughter represents community and condominium associations for the firm of Rossabi Black and Slaughter.

* These articles and related content on this website are provided without warranty of any kind and in no way consitute or provide legal advice. You are advised to contact an attorney specializing in Association Management for legal advice related to your specific issue and community. Some articles are provided by thrid parties and online services. Display of these articles does in no way endorse the products or services of Community Association Management by the author(s).

I am writing this letter to tell other HOAs about the effort and dedication KDK Property Management (now part of Community Association Management) displayed while helping the Heritage Townhome community improve the parking situation in our community. The Orange County planning department approved the builder’s plans without ensuring adequate parking was available for the thirty units in our community. Soon after becoming the property manager for our community, your team began the quest to cor… END_OF_DOCUMENT_TOKEN_TO_BE_REPLACED