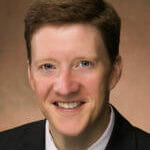 There are more than 320,000 community associations (HOA's) in the United States, according to the Community Associations  Institute. Think of all the membership, board, and committee meetings that take place! Since statutes and governing documents often require such meetings to follow certain rules, it’s important for...

Want to ensure your next election goes smoothly? Just follow these 11 steps.

The annual meeting was one that homeowners in the Long Beach, Calif., community wouldn’t soon forget – and not for good reasons.  Registration alone took more than an hour.  Homeowner’s didn’t know where to sign in.  Ballots were distributed to residents who had already voted by mail.  Out of frustration, some people began screaming at the board.

Some sources trace the origin of the word “idiot” to politics.  No, seriously.  Some scholars maintain that the ancient Greeks took the ideals of democracy pretty seriously, and imposed upon citizens both the right and the obligation to vote in all elections and referenda.  A citizen who did not vote or who was not a regular orator in the citizen assemblies was publicly “marked” and labeled idiotai: A person who put his own interests over those of society as a whole.  Over time, the word idiot evolved to mean something different, a half-with or an utterly senseless, foolish individual.

Understandably, being “publicly marked and labeled as idiotai, ”was not an ideal development for an upstanding, status-conscious and propertied citizen of Athens or one of the other city-states.  Sometimes, however, it was unavoidable.  There were no planes, trains or automobiles in ancient Greece, and when a citizen found himself away from his home city when it was time to vote, he was looking idiotai square in the eye.  To avoid becoming labeled the village idiotai of his hometown, the citizen had to find a way to vote when he was away.  The solution was to commission someone to vote on his behalf.  Thus, was the proxy born.

Some HOA governing documents require or permit the homeowners association to have a nominating committee that nominates candidates for the board. How does that work if your state allows homeowners to throw their names into the hat for an HOA election? Here we explain the basics of nominating committees and the pros and cons of using them.

What Nominating Committees Do

The role of a nominating committee isn’t set in stone. “That’s going to depend on the association,” says Matthew A. Drewes, a partner at Thomsen & Nybeck PA in Edina, Minn., who represents associations. “Typically committee members are going to propose a slate of candidates. But they’re not going to propose individuals who have to be then approved by the membership before they can be considered for the position.”

We were recently switched to Community Association Management with your buyout of Cline & Company. I wanted to take a moment to tell you how much of an asset our Portfolio Manager is to your company. The Manager made our transition from Cline Company seamless and the attention we receive from the Manager and your company in general is unmatched. Not to mention the tools and options made available to us. I think I can speak for myself, fellow board members, and also our community in saying that w… END_OF_DOCUMENT_TOKEN_TO_BE_REPLACED

When our new HOA was looking for a management company, several places that we contacted wouldn’t even give us the time of day because our community is so small that we weren’t worth their time and effort. In contrast, KDK Property Management (now part of Community Association Management) has provided our HOA with over a year of great service at an unbeatable price! The employees have frequently gone above and beyond the terms of our contract to protect the best interests of our neighborhood. F… END_OF_DOCUMENT_TOKEN_TO_BE_REPLACED

“In the past, we felt like we did not get much support due to our size or the lack of effort from the person handling our account. I do not feel that way with Community Association Management. Our Property Manager has been very active in what we are trying to accomplish in our community and providing us with a variety of options. We are currently going through trying to figure out what to do about our roofing situation. The manager provided us good options and now we are in the process of starti… END_OF_DOCUMENT_TOKEN_TO_BE_REPLACED

Gina R., Boone, NCWe Could Never Go Back....
* These articles and related content on this website are provided without warranty of any kind and in no way consitute or provide legal advice. You are advised to contact an attorney specializing in Association Management for legal advice related to your specific issue and community. Some articles are provided by thrid parties and online services. Display of these articles does in no way endorse the products or services of Community Association Management by the author(s).